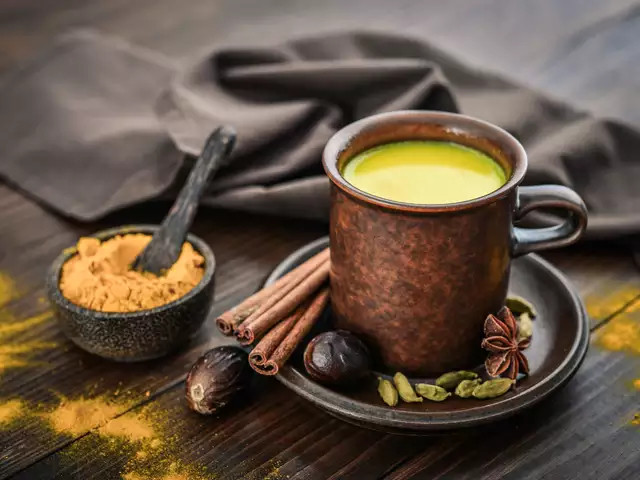 You must have seen the mustard-yellow powder, right? That is turmeric and is something that has got into the mainstream food and medicine industry. This plant has been widely used especially in Asian cuisine. It is used as an ingredient to add flavour and colour for curry powder. It is also used to add colour to mustards, butter and cheeses. However, its roots, which has the same semblance as that to ginger, has been used for its medicinal properties.

Turmeric is becoming popular nowadays and it comes in different processed forms: Fresh roots, ground and supplement in the form of tablets or capsules.

Consuming it could also vary: It could be brewed, mixed in your food as in curry powder, add it into your daily smoothie, juiced or cooked adding it into your food.

India is the leading producer of turmeric in the world owning 78 percent of the global supply. It has been used for centuries as its properties have been found not just as a food ingredient but for its medicinal or herbal medicine use.

Historically and traditionally, turmeric is used in folk medicine because of its therapeutic properties and helped treat respiratory medical problems like asthma and allergies, colds, cough and sinusitis. There are also historic

It is thought to have medicinal properties and aids in strengthening the body’s energy. It helps relieve gas, helps get rid of worms and helps in digestion. It is also used as antiseptics in other countries as it has antibacterial properties.

Aside from these, it is an antioxidant and studies have shown how it helps prevent damage to heart cells, blood vessels kidney cells and lipid degradation,

Inflammation, they say, is one of the reasons why the body suffers dangerous diseases such as heart disease, cancer, Alzheimer’s and even obesity. Turmeric has anti-inflammatory properties. It contains a compound called curcumin that might decrease swelling that is why it could be very useful when treating conditions that involve inflammation.

Is Turmeric Effective for Weight loss?

Speaking of obesity,  turmeric has just been recently reported being an effective aid in weight loss.

Aside from its healing properties, curcumin in turmeric suppresses the growth of fat tissues that in weight loss.

How to Include Turmeric Tea in your diet?

Some weird and wacky ways to include in your diet 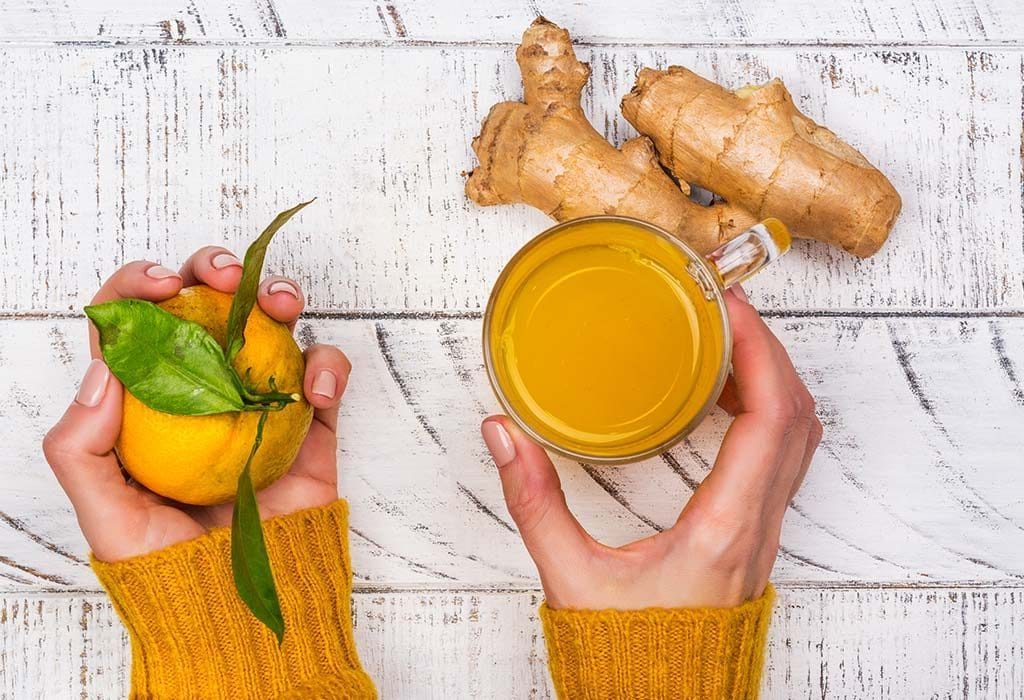 Fill enough amount of water in a saucepan. Add a dash of turmeric and ginger to the water and bring it to a boil. Turn off the heat once boiled and let the tea cool at a temperature that you can tolerate.

Drink this tea daily to see results for yourself. The ginger helps suppress your appetite naturally and it helps your blood sugar levels stable.

Not everyone is a fan of ginger. If you’re one of them, you can use fresh mint leaves as a substitute. All you need to do is to steep the mint leaves in the turmeric tea.

Sprinkle some cinnamon powder or add a piece of cinnamon stick to your cup of turmeric tea.

Honey can sweeten your turmeric tea and suppress appetite. Its anti-inflammatory properties aid in weight loss.

Remember, anything in excess is bad and unhealthy. Do not go overboard with consuming too much turmeric. Also, drinking turmeric tea won’t be enough, so make sure you are getting a healthy diet and exercise.

What are the Other Health Benefits of Turmeric?

Aside from weight loss, here are some other benefits of turmeric:

Turmeric also proves effective in promoting joint mobility. This is helpful most especially to those suffering from inflamed and swollen joints due to rheumatoid arthritis. It should, however, be taken before the pain kicks in.

Because inflammation can lead to heart ailments, this is where curcumin comes into play.  Curcumin helps clean the lining of the blood vessels to regular blood flow and helps prevent clotting.

Let us not forget that high levels of cholesterol in your body increases your risk of heart disease. That is the direct relation of cholesterol to one’s health.

Cholesterol build up in your blood vessel means plaque accumulates and it blocks blood flow this leads to the risk of a heart attack. The worst thing about it is it shows no signs and you will only feel it when it’s too late and when major damage to your organs have already happened.

According to a research, an experiment among animals showed that there is a 10 percent improvement among the test animals who were given turmeric extracts, compared to the controlled group.

According to the same research, a test was also given to human subjects and it also showed the same results.

A paper published in Life Sciences in 2005 shows the effectiveness of ginger and turmeric in eliminating plaque from your blood vessels. This is after test subjects incorporated turmeric and ginger into their daily food intake.

It is believed that for turmeric to work against cholesterol, it is recommended to drink it as a form of milk or tea. You may also combine turmeric paste with black pepper to make it easier for the body to absorb. But beware about taking too much as it might cause hyperacidity.

Curcumin has compounds that help one improve their mood. A study conducted also showed that

Toxic conditions happen when harmful free radicals build up in the bloodstream and the body could not eliminate them. Curcumin has proven through a study that it has the same effects as that of Vitamin E. It is also said to bind to get rid of toxic free radicals that eventually leads to blocking the formation of cholesterol.

Although still at the early stages of research, experts are looking at the possibility of turmeric preventing diseases following experiments on rats exposed to colon, stomach and skin cancers.

The results, however, are still inconsistent as more research is still needed to prove this.

Turmeric is also good for the skin. Not only does it have medicinal properties but it is also used for cosmetics. Its anti-inflammatory properties bring out your skin’s natural glow.

It can be-be used as a face mask by mixing a small amount of turmeric powder to Greek yogurt and honey. Apply it to your face and let is stay for 15 minutes before washing it off with warm water.

If you have fresh wounds, turmeric can help wounds heal faster as turmeric can affect tissue and collagen as well.

If you are suffering from psoriasis, it can also help prevent flare-ups, if you incorporate turmeric in your diet.

It can also help one who is suffering from acne marks by using it as a face mask. It targets the pores and reduces the visible scars. It also prevents the skin from having an acne breakout.

With all the uses of turmeric, you can safely say that it could now be part of your daily diet or beauty regime. Or as a part of your weight-loss program. Do not, however, forget to consult your doctor beforehand especially about the dosage as it is different for every person. 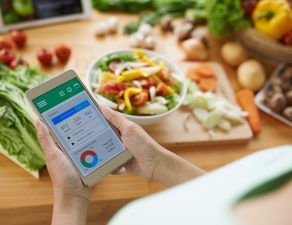 Are you wondering how to kick start weight loss? When broken down, weight loss is… 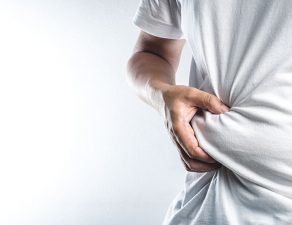 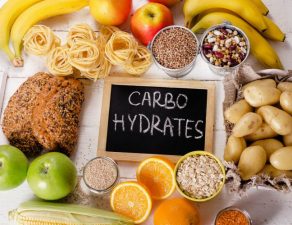 When it comes to food intake, there are a few things you might want to…

Posted in: All, Nutrition, Weight Loss 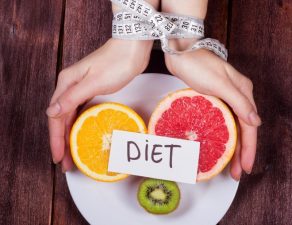 Ever wonder why there are so many fad diets? Because they are exactly what the…

Posted in: All, Fitness, Nutrition 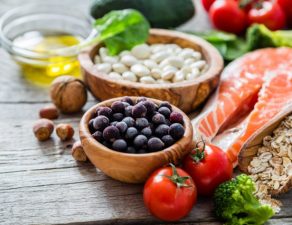 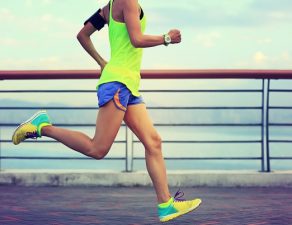 We all know that regular exercise is an important aspect of a healthy life. So…

Posted in: All, Fitness, Weight Loss 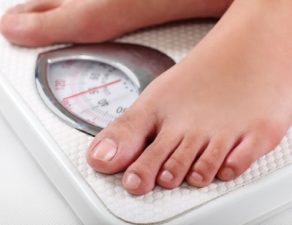 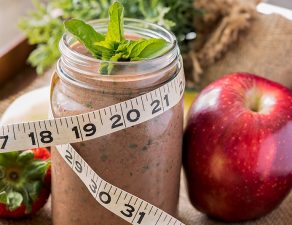 Posted in: All, Nutrition, Weight Loss